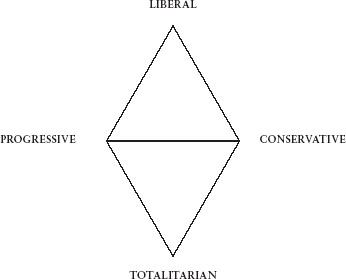 CHAPTER ELEVEN ACADEMIC ANTISCIENCE Stupidity is the twin sister of reason: It grows most luxuriously not on the soil of virgin ignorance, but on soil cultivated by the sweat of doctors and professors. —WITOLD GOMBROWICZ, 1988 Science and ideology are incompatible. —JOHN S. RIGDEN AND ROGER H. STUEWER, 2004 Once . . . Read more 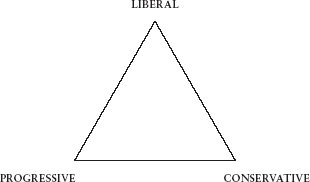 CHAPTER TWO SCIENCE & LIBERALISM The spirit of liberty is the spirit which is not too sure that it is right. —JUDGE LEARNED HAND, 1944 The method of freedom is the method of science. —SOCIOLOGIST LYMAN BRYSON, 1947 Liberalism shares many of the qualities of science, but since both are . . . Read more

CHAPTER TWELVE ONE WORLD The world exists, as I understand it, to teach the science of liberty. —RALPH WALDO EMERSON Science and democracy are based on the rejection of dogmatism. —DICK TAVERNE One can live by dogma or by discovery. Dogmas (from the Greek for received opinions that “seem good”) . . . Read more

CHAPTER SEVEN POWER The history of empires is that of men’s misery. The history of the sciences is that of their grandeur and happiness. —EDWARD GIBBON, 1761 There is more love for humanity in electricity and steam than in chastity and abstention from meat. —ANTON CHEKHOV TO ALEXEI SUVORIN, 1894 . . . Read more

CHAPTER EIGHT PROGRESS Science is progressive. —THOMAS JEFFERSON TO JOHN ADAMS, 1813 All that is human must retrograde if it does not advance. —EDWARD GIBBON, 1776 To speak of the world as having made progress has gone out of fashion. “Writers nowadays who value their reputation among the more sophisticated . . . Read more

CHAPTER NINE THE SCIENCE OF WEALTH Western civilization was being transformed by two great movements: the economic changes which we sum up as the rise of capitalism, and the changes in knowledge which we sum up as the scientific movement. —GEORGE NORMAN CLARK, 1949 The band of commerce was designed . . . Read more

CHAPTER TEN TOTALITARIAN ANTISCIENCE Science and peace will triumph over ignorance and war. —LOUIS PASTEUR, 1892 Science will flourish only in a society that cherishes…the reason, openness, tolerance, and respect for the autonomy of the individual that distinguish the social process of science. —GERALD PIEL, 1986 Although the twentieth century . . . Read more

CHAPTER THREE THE RISE OF SCIENCE Only the educated are free. —EPICTETUS, FIRST CENTURY AD Works, not Words; Things, not Thinking… Operation, not merely Speculation. —CHEMIST GEORGE THOMPSON, 1660s Prior to the rise of science there were, as Aristotle noted, only two valid ways to evaluate the merit of an . . . Read more

CHAPTER FIVE AMERICAN INDEPENDENCE My hope [is] that we have not labored in vain, and that our experiment will still prove that men can be governed by reason. —THOMAS JEFFERSON TO GEORGE MASON, 1791 We had no occasion to search into musty records, to hunt up royal parchments or to . . . Read more

CHAPTER FOUR THE SCIENCE OF ENLIGHTENMENT The season of fiction is now over. —JEREMY BENTHAM, 1776 Fact is superior to reasoning. —TOM PAINE, 1791 Historians agree that the democratic revolution grew out of the Enlightenment, but if you ask what caused the Enlightenment, you are likely to be presented with . . . Read more