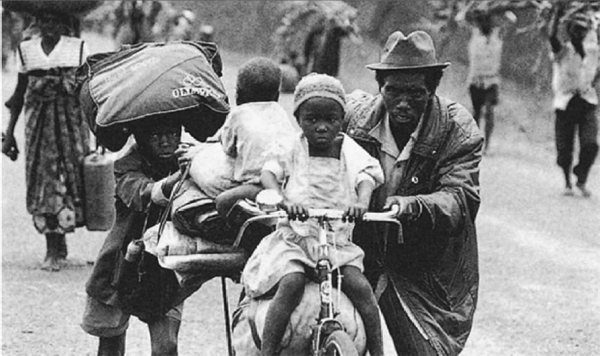 War is always and everywhere a public health disaster. Because of war’s inherent cruelty and savagery, as historian John Keegan has observed, “It is scarcely possible anywhere in the world today to raise a body of reasoned support for the opinion that war is a justifiable activity.”1

There is a bloody paradox in the world’s political and social history. There has never been such universal recognition of human dignity, including the claim that everyone—regardless of race, nationality, religion, gender, sexual orientation, or political belief—is entitled to rights, especially what have been aptly called “life integrity rights.”2 These human rights include the right to life; the right to personal inviolability; not to be hurt; the right to be free of arbitrary seizure, detention, and punishment; the freedom to own one’s body and labor; the right to free movement without discrimination; and the right to create and cohabit with family. Life integrity rights embrace, but transcend, the conventional classes of human rights, which include political and civil rights (aspects of freedom or democracy), and social and economic rights (aspects of social justice). They are embodied in a remarkable variety of international human rights and humanitarian laws, conventions, and declarations, including:

These, in turn, are supplemented by specific agreements concerning the conduct of armed conflict (humanitarian law): The Geneva Conventions of 1949 and the Additional Protocols of 1977.

The paradox is that while today’s recognition of human rights is unprecedented, with the exception of slavery, human rights have never been violated on so massive a scale, nor with such efficacy and savagery, and the chief instrument of violation is war. The evolution and varieties of warfare over the past century, aided by the technological sophistication, destructive power, and accessibility of new weapons, has all but obliterated the distinction between warfare and mass terrorism. In the early years of the 21st century, with this paradox unresolved, and accompanied by a poorly defined “global war on terror,” the fledgling post-World War II commitment to effective and vigorous protection of human rights is under siege.

“War” is no longer the phenomenon simplistically defined as “a contest between armed forces carried on in a campaign or series of campaigns.”2 The diverse forms of armed conflict now include declared and undeclared wars between nations; full-scale civil wars, including many with genocidal motivations; so-called low-intensity conflicts between competing national political groups (which are often highly intense); and a wide variety of “dirty wars” of repression mounted by governments against their own citizens. The defining characteristic of most of these types of war is a calculated and deliberate assault on civilians in contravention of international humanitarian law. All wars put civilian populations at risk of trauma, illness, or death, and threaten to create humanitarian crises.3

Violations of international humanitarian and human rights law can be categorized into five areas, as described in the following sections.

The wanton killing of civilians in war was defined as a crime by the Hague Convention of 1907. Nonetheless, millions of civilians have been killed in war since then. In the 1930s, the bombing of Ethiopian civilians by Italian planes and of Spanish civilians at Guernica by German planes drew international condemnation as frightening examples of the criminal use of powerful military technology to harm innocent noncombatants, as did Japanese assaults on cities in China. World War II saw the abandonment of scruples by all parties. Examples of assaults on essentially nonmilitary and civilian targets included rocket and bomb attacks on London and Coventry and fire-bombings of Dresden, Hamburg, and Tokyo. Tens of thousands of civilians died, mostly elderly people, women, and children.

The wanton killing of civilians was reaffirmed as a war crime by the Geneva Conventions of 1949—again with little effect. Although the regional and surrogate conflicts of the Cold War replaced massive international confrontations, they were almost uniformly characterized by the indiscriminate bombing and fire-bombing of cities and villages, typified by the armed conflicts in Vietnam and Afghanistan. But the almost automatic assumption that civilians were legitimate and inevitable targets of war was reinforced most during the Cold War by the targeting of cities with intercontinental ballistic missiles and the elaboration of absurd, but massive, “civil defense” plans in both the United States and the Soviet Union.

The end of the Cold War did not change this pattern except, perhaps, to emphasize artillery shelling over bombing as the instrument of choice for attacks on noncombatants and the outright destruction of urban life. The conflict in the former Yugoslavia was marked by the sustained and systematic shelling of many cities.4, 5 These attacks were exceeded in intensity by the Russian assault on Grozny in Chechnya. The highest level of recorded attacks reached was 3,500 shells per day in Sarajevo, and 4,000 per hour in Grozny. The first 3 months of conflict in Chechnya killed an estimated 15,000 civilians and made hundreds of thousands of people refugees.6, 7

During the 1980s and 1990s, an old and ugly variant of human rights abuse reappeared: conflicts in which the central purpose of military action was the forced removal of civilian populations from their homes and land on the basis of religion, nationality, or ethnic identity. Such actions constitute a crime against humanity under international law. Many of the episodes involved mass killing; although they did not approach the methodical slaughter of the Holocaust—industrialized mass murder with the goal of extermination of victimized populations—they were genocidal in spirit. The same was true of the systematic mass murders, forced deportations, detention camps, and enslavement carried out by the Khmer Rouge regime in Cambodia under Pol Pot, a bizarre variant in which victims were characterized not by ethnicity but by urban residence and education.

Other notorious examples of ethnic cleansing are the wars in the former Yugoslavia and in Rwanda. In both conflicts, the instruments of ethnic cleansing were massive assaults on noncombatants: the torture and murder of men, women, and children: the widespread and systematic use of rape to terrorize whole communities; the destruction, by explosives and arson, of homes, farms, industries, and basic infrastructures that provided water, electrical power, food, fuel, sanitation, and other necessities; denial of medical care and other violations of medical neutrality; and siege, blockade, and interference with humanitarian relief. Soldiers and noncombatants alike were starved, tortured, or killed in prison camps, to many of which the International Committee of the Red Cross was denied access.8 Thousands were victims of arbitrary and extrajudicial execution and were buried in mass graves. Refugees and internally displaced persons were denied protection and deliberately attacked: subjected to beatings, rape, and extortion; forced to walk through minefields: and slaughtered in churches, hospitals, and other sanctuaries (Figure 16.1).

Figure 16.1 A family of Rwandan refugees, their bicycle loaded, make their way along the road to the Benaco Camp in the remote Ngara district, a day’s walk from the river where they crossed from Rwanda into Zaire.

Ethnic cleansing in Yugoslavia and Rwanda are the best-known cases of massive human rights abuses, but attention focused on them has tended to obscure many others, such as those in Sri Lanka, East Timor, Armenia and Azerbaijan, Ossetia and Georgia, China and Tibet, and Iraq and Kurdistan.

In 1988, Iraq destroyed thousands of Kurdish villages. A report on the fate of one such village9 described murder, forcible disappearance, involuntary relocation, and the refusal to provide minimal conditions of life to detainees. Blatant human rights violations represented by ethnic cleansing will likely continue for decades to come, because dozens of nations have minorities at risk of such onslaughts.10

The history of warfare during the past 100 years is replete with smaller-scale, more singular examples of civilian massacres and the punitive destruction of “enemy” villages. The cumulative suffering and loss of life has been enormous. In addition, incidents on the smallest scale, the one-by-one murders by death squads in the so-called dirty wars of repression in El Salvador,11, 12 Nicaragua, Guatemala,13 Chile,14 Argentina, Brazil,15 Haiti,16 Colombia, Ethiopia, the Philippines, Kashmir,17 and South Africa over the past six decades, have resulted in hundreds of thousands of dead and “disappeared” civilians.

Indiscriminate weapons are those which, by their effects and defining characteristics, are almost certain (and are usually intended) to harm military combatants and civilians alike and therefore by definition violate the humanitarian law prohibition of wanton killing. They include, but are not limited to, weapons of mass destruction as usually defined: nuclear, chemical, and biological weapons, as well as landmines.

The nuclear bombings of Hiroshima and Nagasaki were transforming events of 20th-century warfare. That more than 200,000 civilians died from blast, incineration, and radiation is widely recognized: that such mass killing is a violation of human rights is not widely recognized, despite the multiple specific provisions in international law that (1) prohibit attacks that cause unnecessary suffering, (2) require implementation of the principle of proportionality, and (3) affirm the basic immunity of civilian populations and civilians from being objects of attack during armed conflict.

Modern military technology, especially the use of high-precision bombs, rockets, and missile warheads, has now made it possible to attack civilian populations in industrialized societies indirectly—but with devastating results—by targeting the facilities on which life depends, while avoiding the stigma of direct attack on the bodies and habitats of noncombatants. The technique has been termed “bomb now, die later.”18