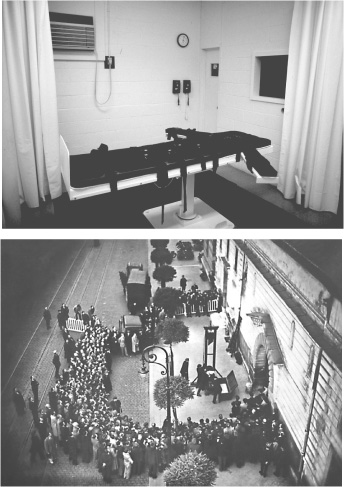 This final chapter on the death penalty serves as a reminder of how our attitudes with regard to what constitutes a human rights question change over time. For the drafters of the 18th-century French and American Declarations, it was inconceivable that abolition of the death penalty could form part of their proclamations of rights. Even in 1945, there was no agreement on this issue among the united nations that had fought the Second World War, and the 1948 Universal Declaration is silent on this point. In modern times, about half of the states in the world have formally abolished the death penalty, and actual use of the death penalty by the remainder is concentrated in a rather small number of states (see Box 37).

Some would question whether the death penalty should really be seen as a human rights issue. If treaties that outlaw the death penalty remain unsigned, and elected legislators choose to keep this form of punishment, then the grounds for saying that it is universally prohibited are thin. The simple response to these arguments is that the death penalty violates the right to life and is therefore wrong, and that furthermore, if we are convinced that torture and inhuman punishment is absolutely prohibited then the ultimate irrevocable punishment of execution should also be prohibited. For some organizations and for many individuals, there is no need to go beyond such logical conclusions.

Box 37: Amnesty International, Facts and Figures on the Death Penalty (2006)*

In 2005, 94 per cent of all known executions took place in China, Iran, Saudi Arabia and the USA. Based on public reports available, Amnesty International estimated that at least 1,770 people were executed in China during the year, although the true figures were believed to be much higher.

A Chinese legal expert was quoted as stating the figure for executions is approximately 8,000 based on information from local officials and judges, but official national statistics on the application of the death penalty remained classified as a state secret.

Iran executed at least 94 people and Saudi Arabia at least 86, but the totals may have been much higher. Sixty people were executed in the USA.

Executions have been carried out by the following methods since 2000:

Executions are known to have been carried out in the following countries in 2005:*