Sociology of law and Marxism 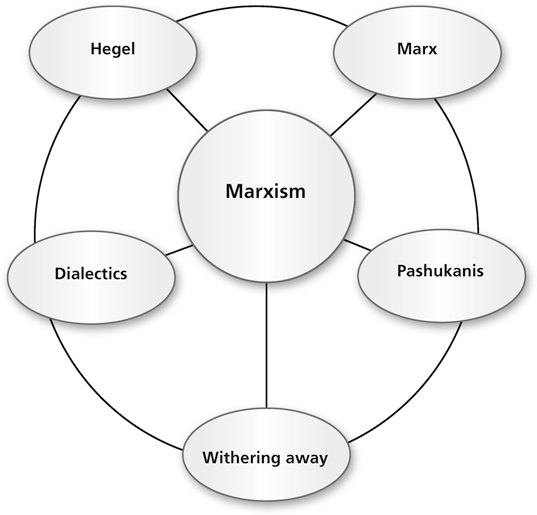 Sociology of Law and Marxism 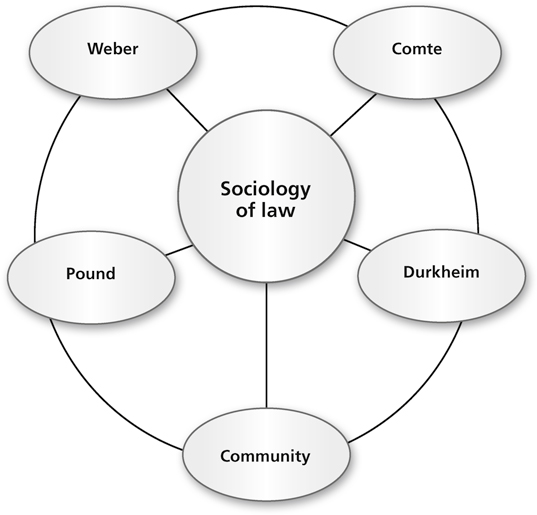 1.  Sociology is the scientific study of human behaviour, especially with regard to analysis of its:

2.  Such study may address general areas of academic knowledge, e.g.:

4.  Although in the past not identified and named as sociology, many philosophical writers have in fact considered law in its social context, from the Greeks (Plato) through to Hobbes, Locke, Montesquieu and Rousseau.

5.  In the 19th century, political science was sufficiently advanced to differentiate society in a broad sense from what was originally identified as the Crown and later the state, and this led to the birth of modern sociology, and hence sociology of law.

6.  Writers who led in this field included:

Emmanuel Joseph Sieyes (1748–1836) seems to have been the first writer to use the term ‘sociologie’ which was then taken up by August Comte (1798–1857) (section 4.2) in 1838 and whose purpose was to identify and explain the principal stages of human development

Karl Marx (1818–83), for whom law was only one of the criteria meriting consideration in achieving what he thought to be more important historical, economic and political objectives

Emile Durkheim (1858–1917), who was instrumental in using the scientific methodology of gathering empirical statistical evidence to provide material on which to base his study of society

Max Weber (1864–1920), who considered a variety of theoretical aspects of social organisation

7.  It is not possible to deal with sociology of law in more detail here, but some writers categorised under other headings e.g. realism such as Holmes (section 9.2.4) and Llewellyn (section 9.2.5) have affinities with a sociological approach, whilst Pound is also regarded as a realist.

1.  Legal philosophy has been addressed from a variety of traditional viewpoints, and social science has provided some useful examples, particularly sociology and economics.

2.  Roscoe Pound (1870–1964) dealt with the methodology in Social Control Through Law (1942), categorising law and treating it as the prime means of achieving social control within society, as opposed to grounding it in natural law, religious or more general moral criteria.

3.  This reflects previous writings from the early decades of the twentieth century, such as Law and Liberty (1914), where he identified a new understanding of the social-philosophical school, arguing that:

(a)  previous dominance of self-assertion no longer prevailed

(b)  future juristic policy would be founded on the need to secure claims of society at large, i.e. social and public claims.

4.  He brings together the different meanings of law, substance and method into a regulatory regime based on principles and process.