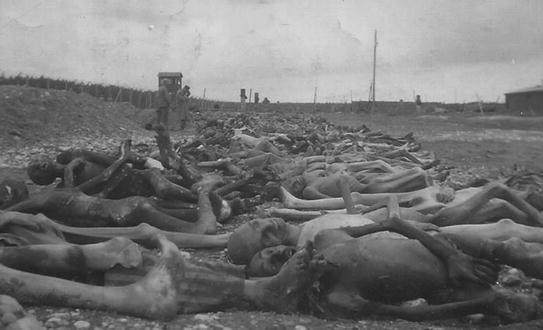 Legal advocates found a paucity of international law protecting human rights, making it difficult to hold Nazi’s accountable for their atrocities during the Nuremberg Trials after the war. Gandhi’s peaceful revolution for Indian independence further exposed the brutality and inequality of British colonial rule; a superpower that thought itself to be morally superior and culturally benevolent. This too provided a catalyst to develop a new moral system that transcended the nation state; but one which was more palatable and practical than a universal religion about which no consensus could be achieved.
The stakes to develop preventive mechanisms were also high. The evolution of technological sophistication, so aptly described by Lenski (2005), has always had its perils. Aside from increasing productivity and improving the quality of life, technologies have been developed to increase death and carnage in the face of an enemy. Combined with a leadership committed to the expansion of empire, the consequences of killing technologies have been significant. Between the 13th and 14th centuries, for example, Genghis Khan and his armies killed an estimated forty million people. This large-scale death was enough to actually cool the earth, as acres of land previously cultivated by Kahn’s victims returned to forest and absorbed larger amounts of carbon dioxide (Daily Mail 2011). More than two-hundred thousand people died in blasts produced by just two bombs dropped on Hiroshima and Nagasaki, Japan in WWII. More than a hundred thousand were injured. With more countries developing nuclear weaponry, realpolitik could easily result in annihilation on a global scale.
Recognizing the dangers, world leaders decided something had to change. Churchill, Roosevelt, and Stalin were supportive of the idea of forming a United Nations as a way to establish a balance of power. Only at the formative 1945 UN conference in San Francisco did the idea of human rights arise. U.S. consultants succeeded in having human rights mentioned in a draft of the UN’s constitution (Schlesinger 2004). U.S. President Roosevelt had earlier popularized the idea of universal rights in his Four Freedoms speech of 1944. He suggested that all peoples of the world should be guaranteed freedom of religion and freedom of speech, as well as freedom from want and freedom from fear. Roosevelt went so far as to suggest a second Bill of Rights be added to the U.S. Constitution to guarantee legal protection of freedom from want and fear. It never materialized.

The idea of universal rights enjoyed broad appeal with many individuals and organizations from across the world. Morsink (1999) lists the many voices of global citizens, NGO’s, religious organizations and others who wrote in support of the creation of an International Bill of Rights. Cuba, Chile, and Panama were among the first countries to draft bills and submit them to the San Francisco conference. The notion was so popular that a UN Human Rights Commission was established at the outset, with Eleanor Roosevelt serving as Chair. The drafting process was deliberately inclusive and open as a religiously, politically, and ethnically diverse drafting committee was organized. That agreement on a universal moral statement of 30 articles would be achieved, let alone accepted by the UN General Assembly on December 10, 1948, is a testament to its applicability, relevance, and readiness of the world at that time to embrace a new moral statement universal in its intent.
The impact of this new moral ideal was immediate in the U.S. Hispanic, Asian American, and African American soldiers returned from service in World War II to encounter ongoing racism and discrimination. Fueled with a new understanding of rights and the experience of fighting to protect the human rights of others, social movements were launched in the name of equal rights. Jim Crow segregation in the South ended as a result of the Civil Rights movement . Hispanics successfully overturned de jure discriminatory practices in Texas through a U.S. Supreme Court challenge. Similar rights-based movements challenged child labor practices, sexism, ageism, and the discriminatory treatment of people with disabilities, as well as gays, lesbians, bisexuals, and transgendered people.
Only gold members can continue reading. Log In or Register to continue

Tags:  Moral Systems and the Evolution of Human Rights