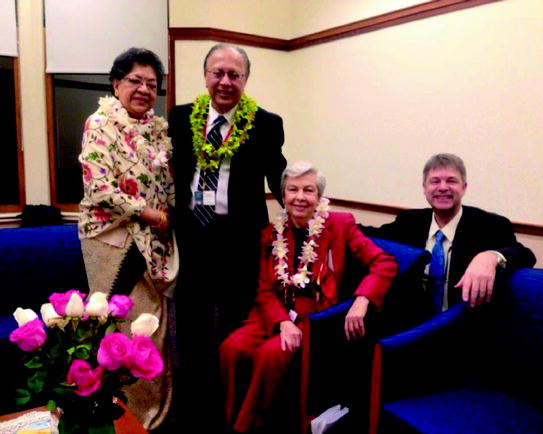 Class photo of Gender, Peace and Security course at the UNESCO Chair in the Philosophy of Peace at Jaume I, Castellon, Spain, 2007. BR front row. Source Personal photo collection of the author

The concerns that produced the lamentation, indeed, evolve from some of those that informed earlier publications and the work they reflected, yet they are far more infused with deeper worries about the socio–political climate in which civility and integrity were in little evidence, and decisions and policies on war and peace made with little or no reasoned public consideration. Critical thinking as advocated by peace education is not in evidence in the exercise of the franchise or any other citizen responsibility. The essay also up–dated the critique of the university as put forth in “The Knowledge Industry;” in this case in terms of the academy’s failure to rise to the crisis of reason. Nor did I find peace education blameless, sometimes also failing to eschew ideology in favor of authentic critical reflection. I see in today’s surveillance policies rationalized by security interests, poverty tolerated as fiscal responsibility, and denunciation and disrespect as the language of political difference; and in some cases the resort to violence as tool of domestic politics to threaten most of what we seek to achieve in peace education as preparation for citizenship. I am more convinced than ever that it is our ways of thinking that stand most in need of transformation; that further developing our capacities for reflective inquiry is one way to approach that transformation. And I am learning that cosmopolitanism provides the philosophic and normative base that may be the practical incarnation of the transformation.
Cosmopolitanism brings a perspective to peace education that I have only lately come to see as the normative form of holism for which I was intuitively searching through the years of seeking more conceptual and philosophic clarity on comprehensive peace education. As the selections related to the role of human rights education included in this volume indicate, I had come to be an advocate of Freirean critical pedagogy. But as is evident, too, in those selections, I continued to seek a more widely conceptualized framework. Had the learning come earlier in my career, it would likely have presaged much of my future efforts. This conceptual breakthrough is, like others in my professional formation, the consequence of learning from a respected close colleague; in this case Dale Snauwaert, whose scholarship on cosmopolitanism has so enriched the field. Dale and I have had a fruitful learning relationship since our days as simultaneous visiting professors at Colgate University. I deeply valued his validation of the conceptualization of reflective inquiry and welcomed the opportunity to delve more deeply into the relevant pedagogical processes offered in this exchange in which we sought to model as closely as possible in print, the learning possibilities integral to dialogue. The dialogic element of learning communities engaging in the various forms of reflective inquiry may well be the fuel that propels the transformation of our thinking. Certainly this exchange has considerably pushed forward the continuous changes in our own thinking. Were I to be able to assign but one piece of my writing to students, it would be this dialogue with Dale Snauwaert.1
Betty A. Reardon
April 2, 2014
In a recent publication entitled “Meditating on the Barricades: Concerns, Cautions and Possibilities for Peace Education for Political Efficacy” Betty Reardon reflects on the state of peace education and offers a brilliant reaffirmation and further elaboration of the central importance and nature of a pedagogy of reflective inquiry for a comprehensive/critical peace education.2 Betty Reardon is an internationally renowned peace scholar and peace educator. She has been instrumental in the establishment of peace education institutions and programs around the world. Her work has defined the fields of peace studies and peace education.3 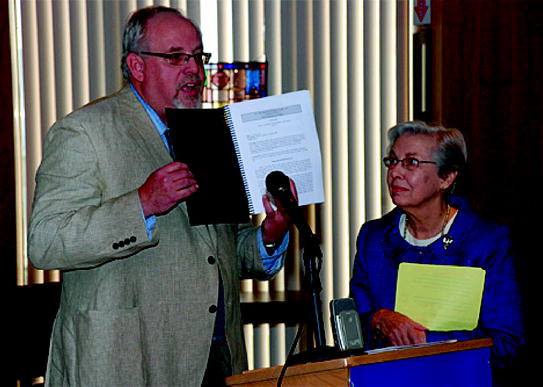 With Dale Snauwaert at the opening of the archive of BR’s work at the University of Toledo, 2009. Source Personal photo collection of the author
The purpose of this paper is to discuss her recent assessment and elaboration. In particular, the connection between cosmopolitanism and reflective pedagogy will be explored in greater detail, in addition to the posing of further questions for inquiry related to the relationship between dialogue, conceptual clarity, philosophical frameworks, diversity and reflective pedagogy.

Reardon situates peace education within the broader issue of citizenship and argues that peace education should be fundamentally concerned with the development of the political efficacy of future citizens. She writes:

Starting from the long held premise that peace education is education for responsible global citizenship, our task in general terms is educating toward political efficacy in the formation and pursuit of citizen action and public policy intended to move the world toward the achievement of a more just and less violent global order.4

Political efficacy is not necessarily a matter per se of what to think; it is more fundamentally about how to think. In other words, political efficacy is dependent upon “sound political thinking,” “for inquiry into obstacles and possibilities for transformation should form the core of peace pedagogy, so as to provide learning in how to think and to act for political efficacy in peace politics…”5 Learning how to think concerns conceptual clarity, thinking within conceptual frameworks, posing questions, rationality, and most importantly reflective inquiry.
From an ethical perspective, political efficacy is grounded in the normative framework of cosmopolitanism, defined by Reardon as the value of “universal moral inclusion”6 grounded in respect for human dignity. She maintains that cosmopolitanism “best articulates the normative goals of our evolving field… the vision of universal moral inclusion that inspires the normative goals of peace education; a vision in which all human beings are accorded respect of their fundamental human dignity.”7 From this perspective, political efficacy is driven by the values of universal human dignity and moral inclusion.
Political efficacy thus involves “complex learning that requires pedagogies of multiple forms of reflective inquiry.”8 Peace learning and thus reflective practice is both cognitive and normative, pertaining to both the discernment of the sociopolitical world and value-based ethical assessment. Reardon’s basic presupposition is that political efficacy, the capacity to engage in transformative political action, is contingent upon the cognitive, ethical, and self-reflective capacities of citizens. Transformative action is a reflective-practice. Being a reflective practice it requires both the capacity and space for authentic open reflective inquiry in dialogue with the diverse range of other citizens. It requires “authentic open inquiry.” Reardon writes: “All peace learning at whatever academic level in whatever learning setting should be directed toward developing a range of reflective capacities relevant to political efficacy.”9
Reardon articulates three forms of reflective inquiry: critical/analytic; moral/ethical; and contemplative/ruminative. Critical/analytic reflection pertains to the discernment of power, an understanding and critique of the functioning of social institutions, knowledge and analysis of the structural dimensions of social life, and the impact of power, institutions, and structures on the quality of life. Reardon writes: “It is more directly political than the other two as its primary inquiry is into the nature, functions and distribution of power, the political institutions and social structures through which it is mediated and the consequences of these circumstances to human lives and relationships.”10 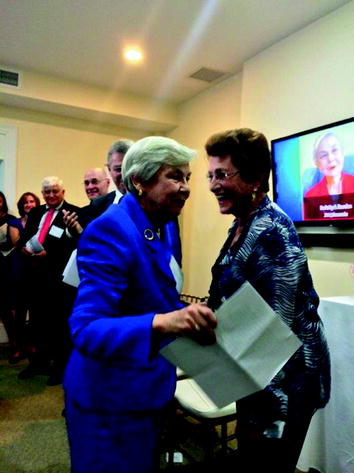 Tags:  A Pioneer in Education for Peace and Human Rights