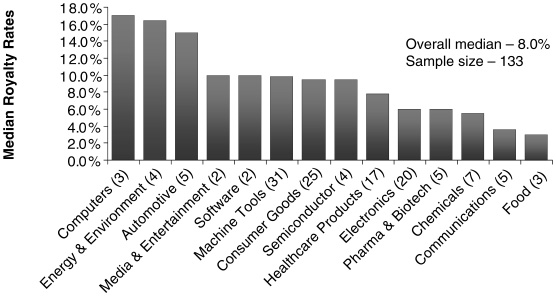 Exhibit 12.1 shows royalty awards (in cases with percentage royalties) distributed by industry. The information in this chapter is taken from the book Patent Infringement Damages Statistics and Trends, 1990–2004, by Navigant Consulting, and published by Intellectual Property Research Associates (IPRA, Inc.). 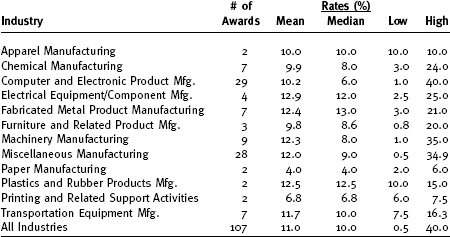 COMPARISON OF LITIGATED AND NON-LITIGATED LICENSES

Exhibit 12.2 compares the data on non-litigated royalty rates, with data on reasonable royalty rates awarded by the courts, presented earlier. For both litigated and non-litigated rates, an overwhelming majority are concentrated in the zero to ten percent range. However, the rates from litigation appear, on average, to be higher than those negotiated outside of litigation. 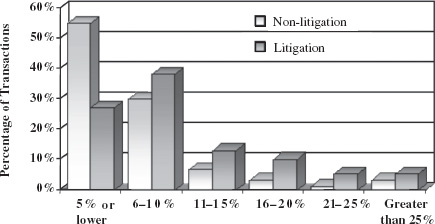