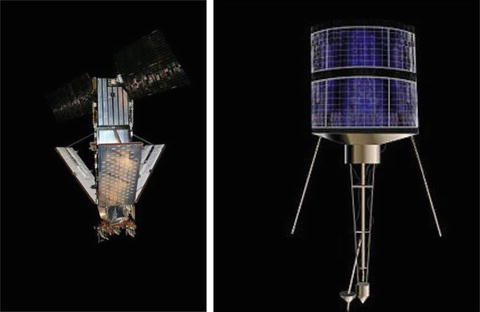 Why Space Services Are Now Vital to Global Society

Fifty years ago at the dawn of the space age, space sciences, space exploration and space applications were in their infancy. For the most part, little was known about how space might be used to achieve practical purposes and little was known about the conditions or possible use of outer space above the stratosphere. Explorer I revealed that there were the Van Allen Belts that protected the Earth from extreme Solar Storms. Early Bird in 1965 realized Arthur C. Clarke’s vision of communications satellites in geosynchronous orbit and proved that a practical space industry was not only possible but highly profitable as well. Today a half century later the world is dramatically different. There are a number of videos on line known under the generic title “A Day without Satellites”. These video presentations reveal many of the various ways we are today dependent on satellite networks. These videos show how we depend on satellites for air traffic control, including takeoffs and landings, for banking transactions, for credit card validation, for Internet synchronization, for television distribution, for global business communications, for a wide variety of military networking and missile targeting, for weather forecasting, for extreme storm warnings and recovery, for oil and mineral exploration, for fishing, for search and rescue and dozens of other vital services. Space systems have gone from being an exotic and new enterprise to a vital infrastructure that is central to our daily lives.
Space systems have become so very vital, that if we were suddenly denied access to our space-based infrastructure for weather forecasting and warning, for space-based navigation and timing, for civil and military communications, and for remote sensing and surveillance from space we would be in danger. We would suffer almost immediately—economically, militarily, and socially. Many of our transportation and our communications systems would go down along with our weather and rescue services and defense systems. Internet would lost its synchronization, credit card validation would no longer work, we would not be alerted to major storm systems, air traffic control, shipping navigation, and trucking routing services would be lost.
Unfortunately as our space-based systems have become more and more common, other factors have served to make our satellites more at risk. One risk is that of extreme solar flares and coronal mass ejections. These concerns are addressed in another book in this series entitled Orbital Debris and Other Space Hazards. This current book, however, returns in more detail to the problem of orbital space debris and new efforts to develop active debris removal capabilities. [Joseph N. Pelton]
The Inter-Agency Space Debris Coordination Committee (IADC) and the UN Committee on the Peaceful Uses of Outer Space (COPUOS) have developed guidelines to help reduce the creation of new space debris and aid defunct spacecraft and upper stage rockets to naturally de-orbit. Yet these guidelines are currently advisory and non-binding. These procedures, in short, are not sufficient to ensure that orbital debris build up will not continue to increase with potentially catastrophic consequences in the longer term.

Overview of the Problem

Currently there is about six metric tons of space debris in earth orbit and about 45 % of that is in low-earth orbit and polar orbits where the threat of collisions continues to increase. This process can lead to an escalating cascade of more and more debris. Today we are very much at risk of such a cascading build-up that is known as the “Kessler Syndrome”. Two events in recent years have particularly contributed to orbital space debris build-up. One event was the collision of the defunct Russian Kosmos 2251 weather satellite with the Iridium 33 low earth orbit mobile communications satellite. The other was the shooting down of an old and defunct Chinese Fen Yun weather satellite by the Chinese military. Each of these events led to the creation of nearly 3,000 new tracked debris elements. Currently 22,000 of these space debris elements are being actively tracked by U.S. surveillance networks. Each of these debris elements are capable of creating major new debris, especially if they collided with another satellite or upper stage rocket. In short, without further remedial action to remove space debris from Earth orbit, the problem will continue to get worse. [NASA Office of Orbital Debris]
At some point the cascading effect of debris elements colliding with other debris elements will create deadly rings of debris that are sufficiently dense that it would not be safe to launch spacecraft into Earth orbit with a reasonable hope of not being struck by a piece of debris that would disable the satellite and the launch vehicle in such a way that they would simply add to the morass of space debris. Fortunately we are well short of this “terminal condition” that would essentially prohibit the ability to launch new operational spacecraft into Earth orbit. When Donald Kessler of NASA warned of this threat some 35 years ago, there was a minimal amount of space debris at the time. Indeed at that time the overwhelming likelihood was that natural debris from micrometeorites, meteorites, bolides, etc. constituted a much greater threat of collision with a satellite or upper stage launch vehicle. But that has now dramatically changed.
The operators of satellite networks, such as Intelsat (where the author was employed at the time) took the much more serious risks to its satellites that might be created by solar flares, coronal mass ejections, and natural cosmic debris. Thus many unsafe and indeed thoughtless practices that contributed to human-caused orbital debris continued largely unabated. This meant the on-going use of explosive bolts for the separation of staged launch vehicles, no specific efforts to de-orbit upper stages of launch vehicles, no exhaustion and expelling of fuels or explosives stored in spacecraft or upper stages of launch vehicles that could subsequently explode, and other such dangerous practices. Many space scientists continued to assume that natural objects and cosmic weather conditions would continue to be the greater risk factor for operational spacecraft. Over the decades from the 1980s, 1990s, 2000s, and now the 2010s the amount of human-launched materials has continued increase. In 1994 the UN Committee on the Peaceful Uses of Outer Space took up this problem in a serious way. This also led to a collaborative process among a number of the space agencies which became seriously engaged in trying to develop guidelines to minimize the increase of further space debris.
Several events in 2007, 2008 and 2009, however, served to escalate concerns about orbital space debris. These incidents raised concerns to a much higher level of urgency on the world stage. The first act occurred on January 11, 2007. This event was the intentional launch of a Chinese missile to destroy an obsolete polar-orbiting Chinese weather satellite, the Fen Yun 1C. A missile using an anti-satellite (ASAT) system was launched from near the China’s Xichang Space Centre on 11 January and reached its target at an altitude of 865 km (or 537 miles). This unexpected event created a dangerous new ring of debris with about 3,000 trackable space debris objects. Because this event occurred at such a high altitude these debris elements will stay in orbit for a very long time. The U.S. subsequently did another anti-satellite test firing on February 21, 2008 but this intercepted a re-entering spy satellite that contained some 500 kg of noxious hydrazine fuel and thus this action was claimed to be a safety measure. All of the debris elements from this very low altitude and incoming trajectory de-orbited within 24 h of the missile hit. The key thing to note from these two events is that the higher the altitude of the missile intercept the greater the nature of the problem. This is because the debris stays in orbit much longer if created in a higher orbit. Simply put, the pull of gravity decreases in magnitude at higher and higher elevations and thus orbital decay takes much more time. [Chinese Anti-Satellite Test]
It was the Kosmos-Iridium collision in 2009 again shocked world opinion and triggered new efforts to control the build-up of human-generated space debris. On February 10, 2009, just before 1700 Universal Time (at zero degree meridian) that a very high speed and explosive collision occurred. This involved the Iridium 33 mobile communications spacecraft and the Russian Kosmos 2251 defunct weather satellite. This collision occurred at an altitude of 789 km (or 490 miles) at a location high over Siberia. This spectacular event just like the Chinese missile interception generated thousands of pieces of newly tracked space debris. Below are depicted an Iridium satellite and a Russian weather observation satellite similar in design to the Kosmos 2251 (Fig. 1.1
Only gold members can continue reading. Log In or Register to continue