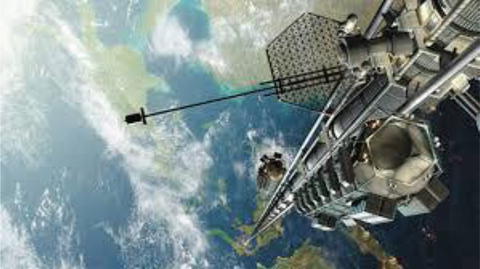 For some time the problem of increasing orbital debris has been clearly understood to be a potential menace to the future sustainable use of space. Dr. Donald Kessler, the father of the concept of the so-called “Kessler Syndrome”, has recently written that even with the 25 year rule for removal of debris after the end of life of spacecraft and the voluntary, non-binding rules adopted by the United Nations Committee on the Peaceful Uses of Outer Space (COPUOS) are insufficient. He believes space debris will continue to accumulate just due to collisions among existing debris. He has particularly noted the danger that comes from the potential collision of large pieces of debris. Dr. Kessler has indicated that “in the region between 700 and 1,000 km, events such as the Iridium/Cosmos collision can now be expected to occur at a rate of about once per 10 years. If the 25-year rule is not followed, then the frequency of collisions will increase more significantly over time. These collision rates can be expected to increase for hundreds of years and end only when there is a significant decrease in the number of massive debris objects within this altitude band.” [Kessler] Although the low earth orbit bands, and especially the polar low earth orbits are of the most urgent concerns, there are also increased concerns about other orbits as well.
Clearly Dr. Kessler and others with expertise in this area have indicated the need to concentrate on removing large objects from low earth orbit and especially in the areas of Earth orbit that are particularly crowded. Today a great deal of attention is being devoted to considering how technical methods might be devised that could serve to remove the largest elements of space debris from low Earth Orbit and do so with technical efficiency, at low cost. Further this might be accomplished by a variety of means that might include governmental or military programs, commercial activities or projects, or perhaps by some new institutional arrangement that would still be considered consistent with international legal arrangements or accepted codes of conduct. This chapter examines the various possible strategies whereby active space debris might be accomplished and the relative effectiveness of these approaches in terms of a viable economic business case.

Factors Involved in Building a Business Case in Favor of Remediation

The key questions that currently surround the orbital debris issue are the following: How bad is the current situation? Will it get worse in the near future? Are there reasonable methods to address the orbital debris issue in terms of collision avoidance techniques that can be operated effectively from the ground until on-orbit systems can be developed for active removal? Are their reliable and effective means to achieve active debris removal using innovative space-based systems on the relative near term horizon? And if there are such means can they be carried out cost-effectively and reliably? And then there are the institutional, business and regulatory issues and questions.
Who should be “authorized” or “enabled” to conduct such operation? Should there be additional controls imposed on yet to be launched space missions to mitigate future debris? Should such additional controls include a separately command-able active deorbit systems and perhaps especially developed procedures involving small satellite launches? In terms of a broader concern with the sustainability of space should their also be controls related to rocket launches that relate to pollution of the stratosphere? Finally there is the question of whether those who engage in active debris removal should be governments, an authorized international entity or entities, or perhaps commercial entities working within some form of legal or regulated mechanism? The answers to these questions obviously will have a large impact on the business case for active debris removal and the cost of such operations—whether these relate to removal, prevention or the effective creation of a future sustainable space environment.
In addition to these prime questions there are also ancillary questions as well. These include such questions as: Who decides what is actually designated as space debris and whether it can be removed within the constraints of existing space regulations and practices? If some of the mechanisms that remove space debris can be considered “space weapons”, would such active removal processes be considered “illegal” under the Outer Space Treaty or other space conventions and regulations? If the government that is considered the “Launching State” controls the equipment and processes associated with the removal, then does this mitigate against defining such equipment or systems as a space weapon? Would this be true regardless of whether this is a space-based instrument or a ground-based instrument? If the technology developed for space debris removal can also be used for other purposes such as on-orbit servicing does this also help bolster the business case for active debris removal in a sufficient manner so as to make such operations economically viable?
The discussion of these questions are divided into the following sections: (a) Intermediate Actions to Address Orbital Debris Collision Avoidance Using Ground-Based Systems; (b) The Business Case for Governmental Action to Exclusively Engage in Debris Removal; (c) The Business Case for a Globally Designated international Entity to Engage in Active Orbital Debris Removal; (d) The Business Case for Private Commercial Entities to Remove Orbital Debris under Some Form of International Structural Guidelines, Global Funding Mechanism or Insurance Financed Operation; (e) Business Case Based on Breakthrough Technologies. In each “case discussion” the technical, financial, operational and economic aspects will be considered, but the prime focus will be on economic viability.

Intermediate Actions to Address Orbital Debris Collision Avoidance Using Ground-Based Systems
There are currently ground based laser and directed energy systems that can be used to divert the orbits of space debris elements that are projected to collide with spacecraft, the International Space Station (ISS), or other large space objects that are in low earth orbit. Alternatively it is also possible to maneuver spacecraft or space stations with thruster systems to seek to avoid collision with passive debris objects that have no control mechanisms. The use of ground initiated maneuvers to create a slight diversion to avoid an in orbit collision, however, represents only a temporary solution for a problem that could become more and more likely to occur. As noted in the introduction to this chapter the current projection is that a major collision in low earth orbit can now be expected once a decade. This type of ground-based initiated maneuver, however, can be cost effective in that no dedicated launch must be undertaken. Further the registered “launching country” could be asked to be directly involved in this type of orbital debris diversion to avoid the collision and by this direct involvement by controlling the pulsed directed energy might perhaps minimize concerns that such activity would be considered improperly undertaken without legal consent.
Such a diversionary activity, although it might be successful and relatively low cost, still poses several problems. One problem is that the diverted orbit might result in a space collision at a later date with another space object and thus the maneuver could lead to a future adverse liability claim. Secondly there could be a miscalculation and the diverted orbit for the targeted debris could actually create a space collision that might have otherwise not occurred. The participation in the orbital diversion might rather ironically lead to the very result which was being sought to avoid. Telesat maneuvers to avoid the so-called out of control Galaxy “Zombie sat” were successful, but the calculations had little tolerance for error and the Telesat officials decided to take a calculated risk that were fortunately successful.
Satellite operators have thus been able to maneuver satellites by firing jets to avoid collisions such as the elaborate maneuvers that were carried out by both SES of Luxembourg and Telesat in seeking to avoid the Galaxy satellite of the Intelsat fleet while still maintaining service. [Selding]
The use of high energy lasers or directed energy beaming systems to divert the orbit of a piece of orbital debris of irregular shape and size and to hit exactly the right spot with the exact degree of inertial force is a difficult and still largely unproven technique. Most fundamentally, such maneuvers to divert orbits are really “stop-gap” measures that do not really provide a longer term solution—just short term relief.
And if orbital diversion via laser beam energy is an unproven technique it is a step further to consider the possible use of directed energy to burn up and remove elements from orbit entirely. Currently there is research underway as to how directed energy systems could be used to destroy or divert an asteroid from hitting planet Earth, but such techniques are still in early days of experimentation. Further such a very high energy system would undoubtedly be considered a “space weapon”. In this case, there are not only technical, operational and financial considerations but quite serious legal and regulatory issues to sort through as well. Clearly these issues will continue to be researched, but for the next few years, it is reasonably safe to say that ground-based directed energy systems represent a complex of issues to be solved. Only with more experimentation and some clear precedents based on viable tests will these types of ground-based methods move ahead. Currently, there is a wide-spread consensus that such ground-based solutions form only a temporary type solution and that active in-space solutions will ultimately be needed. The key, of course, will be the development of improved space-debris procedures that will assist to decrease new space debris build-up.

The Case for Governmental Action to Exclusively Engage in Debris Removal
The complexity of the task associated with orbital debris removal tends to point toward either governmental space agencies or a new international intergovernmental agency being set up under a new global treaty arrangement to accomplish this daunting feat. The many challenges include:

The issues here are obviously complex in that they involve financial and economic considerations, the need for governmental subsidies or underwriting, and the feasibility of a new global set of international agreements to address a concerted effort to remove orbital debris, and more. The fact that the Inter-Agency Space Debris Coordination Committee (IADC) reached agreement on procedures to minimize the creation of new debris and also has signed on to a continuing effort to address the issue of orbital debris removal is a positive sign as to the willingness of space faring nations to work for solutions in this area. The fact that the United Nations Committee on the Peaceful Uses of Outer Space (COPUOS) unanimously agreed to voluntary procedures that were closely akin to that adopted by IADC is a further positive sign. Finally, the current COPUOS Working Group on the Long-Term Sustainability of Outer Space Activities is now addressing orbital space debris and extreme solar weather as core issues in their studies.
Only gold members can continue reading. Log In or Register to continue