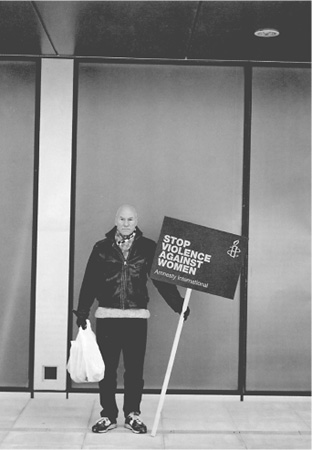 As we have seen throughout this short book, discrimination is prohibited with regard to the enjoyment of all rights. We have discovered the immediate obligation to prevent discrimination, not only in the context of the enjoyment of civil and political rights (such as personal freedom from arbitrary detention, freedom of expression, political participation, and association), but also in the fields of food, health, education, housing, and work. Now we shall consider the prohibited grounds of discrimination, what new grounds may be emerging, and when drawing distinctions between people can be considered reasonable and therefore legitimate.

For some, the foundation of human rights can be traced to the twin ideas that human beings are born equal in dignity and rights, and that all human beings have to be treated with equal concern and respect. Quite why we should treat others in this way and exactly how far we should go to ensure that they are shown this respect remain tricky questions for moral philosophers. These discussions usually come close to admitting that there is something ‘sacred’ about each individual human being, and that despite the existence of obvious inequalities at birth, justice and fairness demand that we design a system to give everyone equal access to opportunities and, in some versions, redistribute resources to ensure that the least well-off are prioritized in our attempts to achieve equality of outcomes. These philosophical approaches to human rights provide much of the ballast for the human rights rules on discrimination, and provide the moral case for developing these rules to achieve greater social justice on a global scale.

Another way to look at non-discrimination is through the lens of the campaigns and activists who built the human rights movement: anti-slavery, the fight for women’s rights, anti-colonialism, anti-apartheid, anti-racism. Discrimination is also central to the concept of genocide. The injustice that stems from being treated adversely on account of one’s gender, colour, or religion formed the human right to non-discrimination in its present form. The Universal Declaration of Human Rights proclaimed in 1948 that:

Everyone is entitled to all the rights and freedoms set forth in this Declaration, without distinction of any kind, such as race, colour, sex, language, religion, political or other opinion, national or social origin, property, birth or other status.

The first thing to notice is that the ban on discrimination was limited to the enjoyment of the other rights in the Declaration. Since that time, international and national rules have extended the scope of non-discrimination obligations to most areas of life and to embrace conduct by private (or non-state) actors in addition to the government. Landlords, restaurants, employers, transportation companies, water and electricity providers, parks, swimming pools, and insurance schemes ought to be prohibited from discriminating on any of the above-mentioned grounds. The second thing to notice is that the list is not closed. Other grounds of discrimination may be prohibited. So far little universal consensus has emerged, but the UN Committees responsible for monitoring legal obligations under the Covenants of 1966 have extended the non-discrimination obligation to prohibit discrimination with regard to the rights in those treaties on grounds of sexual orientation, health status (including HIV or AIDS), physical or mental disability, and nationality. The third point to understand is that in some cases, drawing a distinction between people on a particular ground may be justified as reasonable, for example religious schools may restrict employment to followers of the relevant faith.