Decedents: Dealing with the death of a family member 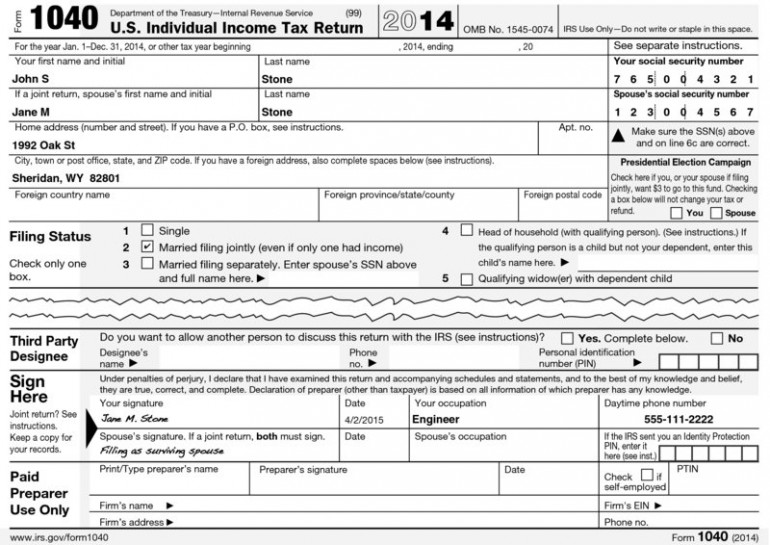 Chapter 43
Decedents: Dealing with the death of a family member

Ernst & Young LLP will update the EY Tax Guide 2015 website with relevant taxpayer information as it becomes available. You can also sign up for email alerts to let you know when changes have been made.

The death of an individual can cause special tax problems, many of which are likely to be unfamiliar and puzzling to his or her survivors. Among other things, the deceased’s will, along with state inheritance laws, can create a bewildering array of questions about how income is to be allocated and which deductions may be claimed and by whom.

This chapter helps you sort out such questions. It is most helpful to a survivor who has to deal with a relatively uncomplicated situation and a small estate. When the assets are large and the situation is complex, professional assistance is recommended.

This chapter discusses the tax responsibilities of the person who is in charge of the property (estate) of an individual who has died (decedent). It also covers the following topics:

Though this chapter mainly discusses the filing requirement of a final individual income tax return for a decedent, an explanation of the various potential filing requirements may be helpful. Generally, upon an individual’s death, there are three types of taxes that should be addressed: estate tax, gift tax, and income tax.

The estate tax is reported on Form 706, U.S. Estate Tax Return. Form 706 is a return that is generally based on the value of the net assets of the decedent’s “estate” at the date of death. The filing deadline for Form 706 is nine months after the date of death, unless a six month extension of time to file is requested. Form 706 is generally required to be filed if the gross estate (the value of the estate without subtracting debts and liabilities) is over the applicable estate tax exemption.

In addition to an estate tax return, the decedent’s personal representative may be required to file a gift tax return (Form 709) on the decedent’s behalf. This return would report any gifts made by the decedent in the year of death and indicate the amount, if any, of gift tax due.

There are two possible income tax returns that may need to be filed: Form 1040, U.S. Individual Income Tax Return, and Form 1041, U.S. Income Tax Return for Estates and Trusts. Form 1040 is generally used to report all the income that the decedent earned and received prior to death. Any income that was earned and received after the date of death is generally reported by the estate (or the trust, if the asset was held in trust) and is reported on Form 1041. This chapter focuses mainly on Form 1040 issues.

You may want to see:

A personal representative of an estate is an executor, administrator, or anyone who is in charge of the decedent’s property.

Executor. An executor (or executrix) is named in a decedent’s will to administer the estate (property owned and debts owed by the decedent) and distribute property as the decedent’s last will and testament directs.

Administrator. An administrator (or administratrix) is appointed by the court if no will exists, if no executor was named in the will, or if the named executor cannot or will not serve.

The surviving spouse may or may not be the personal representative, depending on the terms of the decedent’s will or the court appointment.

The primary duties of a personal representative are to collect the decedent’s assets, pay creditors (including any taxes due), and distribute the remaining assets to the heirs or other beneficiaries.

The personal representative also must perform the following duties:

For more information on the duties and responsibilities of the personal representative, see Duties under Personal Representative in Publication 559.

Notifying the IRS. If you are appointed to act in any fiduciary capacity for another, you must file a written notice with the IRS stating this. Form 56 can be used for this purpose. The instructions and other requirements are given on the back of the form.

Form 56, Notice Concerning Fiduciary Relationship, is used to notify the IRS of the creation or termination of a fiduciary relationship. If notification is not given to the IRS, notices of taxes due will be sent to the last known address of the decedent. This is considered sufficient notice by the IRS. Therefore, Form 56 should be filed in a timely manner so that the personal representative is not considered personally liable for the taxes due, along with possible interest and penalties. Form 56 should be filed with the IRS Center where the decedent was required to file tax returns while alive.

Final Return for the Decedent

Filing to Get a Refund

A return should be filed to obtain a refund if tax was withheld from salaries, wages, pensions, or annuities, or if estimated tax was paid, even if a return is not required to be filed. See Claiming a refund, later. Also, the decedent may be entitled to other credits that result in a refund. See chapter 37, Other credits including the earned income credit, for additional information on refundable credits, and see chapter 35, Child tax credit for information on the child tax credit.

Determining income and deductions. The method of accounting regularly used by the decedent before death generally determines what income must be included and what deductions can be taken on the final return. Generally, individuals use one of two methods of accounting: cash or accrual.

Examples of income actually or constructively received include such items as uncashed payroll and dividend checks, if they were received or were available to the decedent before death.

Example. If the decedent’s payroll check for June 1 through June 15 is available on Friday, June 14, but she fails to pick it up and dies on Sunday, June 16, the income is included on the decedent’s final individual income tax return. However, if the decedent would not have been paid until Monday, June 17—that date appears on the check and that is the first day it could have been picked up—the income is reported as part of the estate and not on the final Form 1040. In the latter case, the income is called income in respect of a decedent (IRD) and is discussed in the following section.

The person filing the decedent’s final return may elect to include as income on that return all of the U.S. savings bond interest that had accumulated but had not been reported. If the decedent otherwise had low taxable income to report on his or her final return, this return could be the best one in which to recognize the interest income. To determine whether or not this is advantageous, you have to compare the tax rate of the decedent on the final individual income tax return with the tax rate of the recipient of the bonds. (For a further discussion of this point, see chapter 7, Interest income.)

If the decedent had not yet filed a return for the previous year, the personal representative or surviving spouse should prepare and file the return, just as the decedent would have. The only differences are (1) the personal representative signs the return (see Signing the return, later) and (2) the estimated tax payments that are due after the decedent died are not required to be made. If a joint return is being filed, see the discussion of estimated tax payments under Joint return, later.

For the year of death, the decedent’s final return covers income received and deductible items paid during the period from January 1 through the date of death (assuming that the decedent was a cash-basis taxpayer).

If the decedent was a member of the U.S. Armed Forces and died while in active service in a combat zone or from wounds, disease, or other injury received in a combat zone, the decedent’s income tax liability is forgiven for the tax year in which death occurred.

A decedent’s income tax liability is also forgiven for any decedent who was either a military or civilian U.S. employee at death and died from wounds or injury incurred while a U.S. employee in a terrorist or military action outside the United States.

For additional information, please seek advice from your tax advisor.

Example. John Stone died in early 2014. He was survived by his wife, Jane. The top of their final joint return on Form 1040, which includes the required information, is illustrated below.

Signing the return. If a personal representative has been appointed, that person must sign the return. If it is a joint return, the surviving spouse must also sign it.

After a person dies, it may be difficult for the family or personal representative to locate the information necessary to file the final tax return (e.g., charitable contribution receipts, interest payments, pay stubs, or Form 1099s). However, it is important to make a diligent search and to organize carefully the items located. See chart entitled “Important Tax-Related Actions to Take After a Death,” on the next page.

Example. Assume in the previous example that no personal representative has been appointed. The bottom of the final joint return, which shows that Jane is filing the return as the surviving spouse, is illustrated on the Form 1040 example.

Third party designee. You can check the “Yes” box in the Third Party Designee area of the return to authorize the IRS to discuss the return with a friend, family member, or any other person you choose. This allows the IRS to call the person you identified as the designee to answer any questions that may arise during the processing of the return. It also allows the designee to perform certain actions. See your income tax package for details.

If the personal representative is filing a claim for refund on Form 1040X, Amended U.S. Individual Income Tax Return, or Form 843, Claim for Refund and Request for Abatement, and the court certificate has already been filed with the IRS, attach Form 1310 and write “Certificate Previously Filed” at the bottom of the form.

To make sure that refunds are not delayed, attach Form 1310 to any return being filed for a decedent on which a refund is being claimed. This is true despite the fact that Form 1310 may not be required, as previously discussed.

When and Where to File