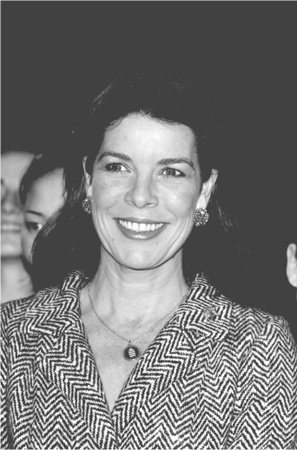 So far we have resisted the temptation to claim that human rights are about balancing individual freedoms and the collective interests of the community. Such claims say very little about these rights as they melt away into the interests of the majority to live in peace and security. The thrust of international human rights law is that curtailment of rights must be justified by reference to pre-existing laws that allow for proportionate action necessary to achieve a legitimate aim (such as national security or public order). We now ought to look at how this formula works in a little more detail, in order to understand when it may indeed be legitimate to ‘balance’ rights in situations in which rights holders are competing with each other for priority to be given to their interests. We have already seen how, by contrast, the right not to be tortured can be considered to be absolute. We have also seen how the right to freedom under the rule of law may not be spirited away in the face of claims that some individuals appear to be potentially dangerous. Let us now look at some situations in which human rights claims do have to give way in the face of competing interests.

Thinking about the notion of privacy forces us to confront fundamental issues at the heart of human rights. Although there is a popular perception that ‘time-honoured’ rights to privacy are now constantly under attack, it is not at all clear where the notion of privacy came from. If we trace the origin of the concept, we find that privacy is not a traditional constitutional right; one does not find 18th-century revolutionary demands for privacy. In fact, the protection of privacy seems to have developed in an ad hoc way in response to feelings of outrage or embarrassment as the need arose. In human rights law, privacy has become a residual right, used to buttress claims that might otherwise be based on respect for dignity, home, correspondence, sexuality, identity, or family. Some might suggest that privacy is a natural demand and references are often made to religious texts, which suggest that from ancient times it has been clear that human beings should shield their private parts from public view. But the fact that many people accept that some things, such as nudity, going to the toilet, and sexual activity, should take place in private, rather than in public, does not really help to define where a universal right to privacy comes from, or what it is supposed to protect.

An early reference to a right to privacy can be found in an 1881 case in the United States which arose out of a complaint by a woman that she had been observed against her will during childbirth. Although her complaint succeeded as a case of battery, the court referred to her ‘right to the privacy of her apartment’. Further impetus for the right came in the form of a US law review article by Louis Brandeis and Samuel Warren in 1890, called ‘The Right to Privacy’. It may be that the inspiration to write the article stemmed from the unwelcome publicity surrounding the wedding of Warren’s daughter. In any event, 19th-century preoccupations centred on unauthorized observation or publication. The case studies used by Brandeis and Warren included: an English court’s injunction for breach of confidence restraining distribution of etchings made by Prince Albert and Queen Victoria; a French court’s protection for the family of an actress, prohibiting the circulation of reproductions of a death-bed portrait; and in Germany, the seizing of death-bed photos of Bismarck following a request by his children.

As various national laws developed to protect these interests, there was a change in the focus of what needed to be protected by the concept of privacy. By the end of the Second World War, the concerns were different. Early on, Cuba made a proposal for an article protecting privacy in the Universal Declaration of Human Rights. It included three headings: protection of honour, reputation, and correspondence. The focus on the protection of honour and dignity remains in the Inter-American system for the protection of human rights. However, the concerns of the drafters of the Universal Declaration were wider, and the eventual formulation in the Universal Declaration and subsequent treaties covers not only attacks on honour and reputation, but also interference with ‘privacy, family, home or correspondence’. In addition, the scope of this protection has been further defined to protect certain aspects of human dignity, which we shall examine in detail below.

Articulating the duties that correspond to this right is hard, as other rights immediately raise their heads in seeming opposition. The right to privacy may extend only to the point where it does not restrict someone else’s right to freedom of expression or right to information. The scope of the right to privacy is similarly constrained by the general interest in preventing crime or in promoting public health. However, when we move away from the property-based notion of a right (where the right to privacy would protect, for example, images and personality), to modern notions of private and family life, we find it harder to delimit the right. This is, of course, the strength of the notion of privacy, in that it can adapt to meet changing expectations and technological advances.

In sum, what is privacy today? The concept encompasses a claim that we should be unobserved, and that certain information and images about us should not be circulated without our permission. Why did these privacy claims arise? They arose because powerful people took offence at such observation. Furthermore, privacy was assimilated to the need to protect the family, home, and correspondence from arbitrary interference and, in addition, there has been a determination to protect honour and reputation. How is privacy protected? Historically, privacy was protected by restricting circulation of the damaging material. But if the concept of privacy first became interesting legally as a response to reproductions of images through etchings, photography, and newspapers, more recent technological advances, such as data storage, digital images, DNA identification, retina scans, and the internet, pose new threats to privacy. The right to privacy is now being reinterpreted to meet those challenges.