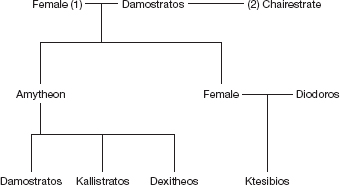 5 CASES CONCERNINGCITIZENSHIP CASE XV: AISCHINES 1 – AGAINST TIMARCHOS This trial arose from the political infighting at Athens in the shadow of the rise of Macedon. By 346 Athenian attempts to assemble a Greek coalition against Macedon had achieved nothing. In response to signals from Philip the Athenians sent . . . Read more 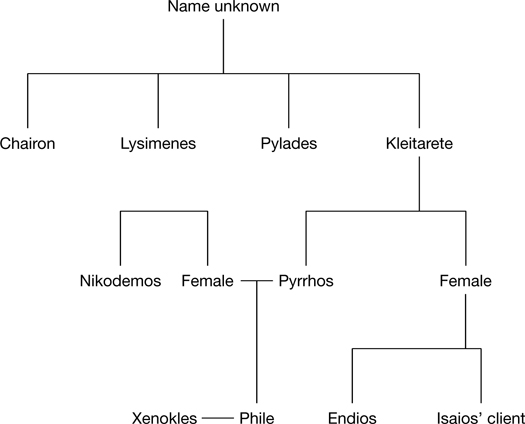 3 SUITS CONCERNING PROPERTY CASE VIII: LYSIAS 32 – AGAINST DIOGEITON The speech against Diogeiton does not survive in its entirety. It owes its preservation not to the medieval manuscript tradition of Lysias but to the fact that it was cited by the critic Dionysios of Halikarnassos, who lived in . . . Read more

6 SACRED OLIVES ANDOTHER CASES CASE XVIII: LYSIAS 7 – DEFENCE ON THEOLIVE STUMP The speaker is a landowner who has been charged with an offence in relation to the sacred olives. From the time of Solon the olive had enjoyed special protection in Attica and even in the fourth . . . Read more

4 CASES CONCERNING COMMERCE CASE XII: HYPEREIDES 3 – AGAINST ATHENOGENES The fragmentary state of this speech reflects the circumstances of its survival. It was preserved in a papyrus rescued from the sands of Egypt, not in medieval manuscripts. Even so, its remarkable vigour is unmistakable. It concerns a purchase . . . Read more

1 HOMICIDE CASES GENERAL Homicide trials formed a distinct category in terms of legal procedure. The Constitution of Athens (7.l) maintains that the only laws of Drakon retained by Solon were those dealing with homicide. Antiphon (6.2) emphasizes the antiquity of the homicide laws and insists that they have remained . . . Read more

2 ASSAULT AND WOUNDING CASE V: LYSIAS 3 – REPLY TO SIMON,A DEFENCE This speech concerns a case of intentional wounding (trauma ek pronoias), an offence which fell under the jurisdiction of the Areiopagos. This fact, together with the severity of the penalty and the procedural similarities between wounding and . . . Read more